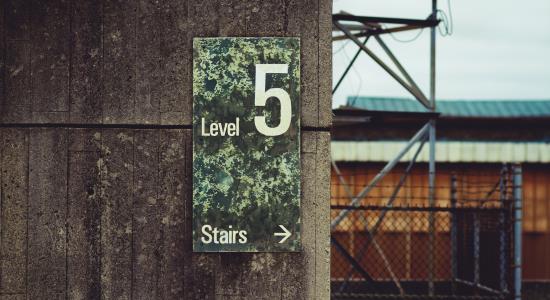 The Fifth Anti-Money Laundering Directive (5AMLD) partly amends EU Directive 2015/849 of the European Parliament and of the Council of 2015 (4AMLD) and was adopted by the European Parliament on the 19th of April 2018. The 5AMLD will come into force on the 10th of January 2020 and will tackle  further shortcomings in the European Union’s AML/CFT mechanism. This article aims to explore the key changes brought about by this directive, of which the influence is expected to be extensive.

The 5AMLD considerably revises the previous directive, however it legislatively takes a concrete and progressive step in the treatment of virtual currencies, starting off with a legal definition of cryptocurrency, which may be predominantly considered as “a digital representation of value that can be digitally transferred, stored or traded and is accepted … as a medium of exchange”. This Directive has further rendered cryptocurrencies and cryptocurrency exchanges as “obliged entities”  which will equally be obliged to abide with AML/CFT regulations that apply to financial institutions under 4AMLD. Realistically this incorporates an obligation to carry out customer due diligence and to accordingly present suspicious activity reports (SAR).

In its reporting obligations, 5AMLD builds upon the previous directive and gives Financial Intelligence Units the authority to procure the identities and proof of addresses of owners of virtual currencies, and therefore dismiss the anonymity generally associated with the utilisation of cryptocurrencies. The directive also incorporates regulation for suppliers of cryptocurrency wallets and exchanges which must now be registered with the competent authorities in their national jurisdiction – in Malta’s case, the Malta Financial Services Authority (MFSA).

When adopted in 2017, 4AMLD’s brought about a degree of  transparency with respect to the ultimate beneficial ownership, aiming to mitigate risk and to prevent money laundering. The new directive enhances this, and incorporates the below measures:

5AMLD further obliges EU member states to assemble and publicly divulge a functional PEP list which should constitute distinguished politically exposed public functions. The lists will not divulge the names of the persons holding such functions and will only list the public offices and functions that qualify as politically exposed.  This requisite expands to include authorised international organisations, and the EU will additionally publish an EU-level issue of the list.

Another measure aimed to combat the financing of terrorism that was introduced via 4AMLD restricted the anonymous use of electronic money products (such as prepaid cards) where the maximum monthly payment transactions was limited to €250. The new directive sets an even lower limit of €150, one which also applies to the amount which can be stored on cards. Likewise, online transactions using such payment methods have been limited to a maximum of €50.

Unless they were issued in jurisdictions implementing legislation equivalent to the EU’s AML and CFT framework, prepaid cards issued outside of the realm of the EU are now proscribed under the 5AMLD. Obliged entities must analyse the manner with which they manage prepaid card payments and establish procedures to recognise – and decline accordingly – transactions utilising cards from non-EU origins. This might potentially require considerable revision of systems and procedures already in place internally.

The Directive now provides specific guidance on harnessing systemic enhanced controls in member states with regards to the application of enhance due diligence measures in respect of customers  hailing from high risk jurisdictions. The list of checks has now been harmonised and include:

5AMLD further extends the breadth of legislation in respect of persons trading in art who will be considered as “obliged entities” and will therefore have AML/CFT reporting obligations. . For the first time, the new directive expressly tackled art masterpieces. The regulations will apply in so far as transactions involve art that amounts to or exceeds the value €10,000.