Rosanne Bonnici is a shareholder and sits on the Board of Directors of the Fenlex Group of companies. Rosanne also sits on the executive committee of the group, responsible for its management and operations. Dr. Bonnici is a leading tax and financial services lawyer, having practised in both areas for over 20 years, and is also a partner at Fenech & Fenech Advocates, the law firm closely associated with the Fenlex Group, where she heads the Tax & Immigration Department and co-heads the Financial Services Department. Rosanne also forms part of the firm’s FinTech team of specialised lawyers covering TMT law, financial services and taxation.  Rosanne is a past visiting lecturer on fiscal law at the University of Malta and has published several articles and other publications on the subject.  She is a founder member, past Deputy President and Fellow of the Malta Institute of Taxation.  She is also a founder member of the STEP Malta branch as well as of the International Fiscal Association Malta branch.  Rosanne is an elected council member and the Honorary Secretary of the Institute of Financial Services Practitioners.  Rosanne has also won numerous awards and is regularly ranked in publications such as Chambers Global, Chambers Europe, World Tax, Legal 500, Citywealth and the like. 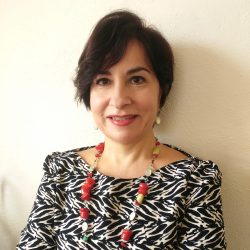