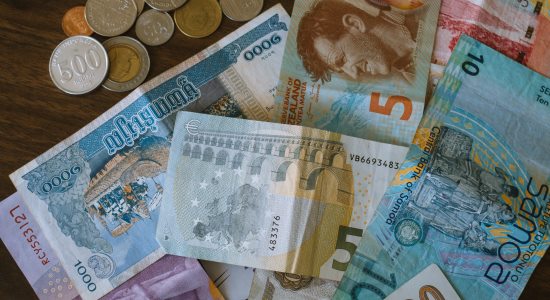 Recent money laundering scandals within the EU over the last few years tied in with a more global initiative driven by the FATF to constantly tighten the grip on laundering of criminally earned monies, is driving the EU to take more control of the implementation of the EU’s own initiatives. As Gate keepers’ subject persons are expected to fully implement the EU Directives as transposed into law and following guidelines and procedures as published by the Competent Authority of each member state. This at least up to now.

From 2010 to 2014, twenty shell companies made almost 27 thousand payments through 732 foreign banks. Many of these banks were located in Cyprus, Denmark, Estonia, Germany, Netherlands, Sweden and the UK — all EU countries. These twenty-one companies moved thirteen billion dollars of illicit monies. This led to the license of Latvian based Trasta Komerbanka being withdrawn. In 2017 the OCCRP (Organised Crime and Corruption reporting Project) revealed serious issues at Danske banks Estonian branch that was used to launder a 2.9 billion US dollar slush funds used by the Azerbaijan’s regime to buy influence using UK shell companies. Malta has its own very serious issues to contend with as well and is at risk of being grey listed by MoneyVal until such time that Malta implements and complies with all of the recommendations made by MoneyVal in their 2019 report on the country.

The EU is now moving to the next phase in its war, because a war it is, against Money laundering and terrorist financing. On the 7t of May 2020 the Commission issued a communication on it Action Plan for a comprehensive union policy. The plan is ensure that there cohesion across the union and seeks to stop criminals exploiting weaknesses created by inconsistent at times lax implementation of rules.

The Action plan clearly seems to indicate that the Commission is frustrated that whilst on paper the AML Directive is a strong tool to fight money laundering its implementation and enforcement across the Union leaves a lot to be desired, so much so they state “there is growing consensus that the framework needs to be significantly improved. Major divergences in the way it is applied and serious weaknesses in the enforcement of the rules need to be addressed. “

The Commission intends to take more control over the implementation, via a harmonized rule book as well as the supervision of local Financial Intelligence Units (FIU’s) via an EU-level supervisory body that will work closely with local competent authorities. The commission wants to take over control.

The action plan is built on six pillars, namely:

In brief each of the pillars aim to fulfill the following:

The Commission is frustrated that member states delay implementing AML Directives. All member states had implementation procedures opened against them for not fully transposing the 4AML Directive in a timely manner. A number of actions have also been opened against member states for the same reason on the 5th AML Directive. The Commission also wishes to strengthen and monitor member state capacity to supervise and prevent money laundering. The Action plan also specifically mentions handling “shortcomings in the application of the risk-based approach, and mitigating risks from the misuses of shell companies, golden visas and citizenship schemes.”. The Commission is looking at the European Banking Authority (EBA) who has been entrusted to co-ordinate and monitor AML/CFT activity of all EU financial services providers as well as competent authorities.

Fragmented, inconsistent implementation as well as rules that go beyond the scope of the AML directive has led to regulatory shopping as well as created extra burdens and costs for cross border business. The Commission notes that “legislation needs to become more granular, more precise and less subject to diverging implementations.” The Commission notes that works needs to be done to use technology to help fight the battle. The Commission also recognizes that the burden placed on obliged entities has created unintended effects with obliged persons exiting markets or withdrawing products for services, such as correspondent banking, that has had a negative effect on provision of financial services and economies. Balancing data protections rules the exchange of information rules between authorities is an issue the commission also recognized and needs to address.

The Commission recognizes that scandals in a number of member states have adversely affected trust in the systems put in place by local competent authorities. Failures can be blamed on the fact that “ quality and effectiveness are uneven across the EU, due to significant variations in human and financial resources, skills and priority devoted to this task”  The proposed supervisory body will also be tasked to build relations with other national authorities to strengthen the EU’s position and access to information to fight AML globally. Direct supervision and inspection on obliged entities by the EU Supervisor is also be considered and the action plan looks at a number of possible responsibilities the Supervisory body could take on. What is clear is that the task is a mammoth one. Whether it will be the EBA or a newly set up dedicated entity is also open to discussion.

Cross border collaboration between FIU’s is limited. The reasons are many and vary from lack of resources, old technology (such as the FIU.net system currently in use and managed by Eurpol) that hinders information exchange. It is clear that heavy investment is required here and the Commission, as part of the wider plan, is seeking to take over the support and co-ordination between Competent Authorities to ensure more effectiveness across the union and beyond. Most cases reported by FIU’s are cross border. These require better co-ordination to be effective and the commission is adamant to tighten up in this area and improve information exchange.

Measure have been taken to close loopholes and increase access to timely information to FIU.s enforcement authorities and Europol (such as access to the Central Bank Account Mechanism) to effectively combat cross border crime. Efforts have also been made and new standards set to not only capture criminals but also seize or recover assets or proceeds derived from criminal activity. Efforts to improve and expedite the cross-border recovery of illicit funds will also be made and new measures are expected to be implemented by December 2020. The new European Economic and Financial Crimes Centre (EFECC), which should also become operational in the course of 2020. The EFECC will become the centre within Europol that will handle all financial intelligence and economic crime capabilities.

The Commission is looking at ways the private sector and authorities can further collaborate to battle money laundering and increase exchange of information opportunities in this regard. This though always needs to be done within the safe guards of other laws such as data protection.

The final pillar of the action plan goes beyond the EU’s borders. The EU is a strong supporter of the Financial Action Task Force (FATF). It contributes to work of the FATF as well as to implementing the FATF recommendations and standards. Having said that the EU shall still implement its own policies aimed at third countries to protect its own financial systems as well as identify countries that have their own strategic deficiency, in fact the Commission is obliged to do so under its own 5th AML Directive. This is driven by the need to manage external risk.

The action plan is open to a consultation period up to the 29th of July 2020.

It is still not clear when or if we will ever be rid of Covid-19, some pundits claim that we will never truly get rid of the virus and must be on our guard at all times. Money Laundering, we all know, is not dissimilar to a virus. Obliged persons or as we refer to them locally, subject persons, are the front liners, the gate keepers in the fight against this virus. The world is what it is and man succumbs to temptation and greed , we will always have criminals amongst us.

What is clear and now has become a given, is that as subject persons we are deeply entrenched in this battle. Conscripted, for lack of a better term into the EU’s army. We now expect more obligations to be placed upon us in this battle against the criminal, a criminal who always seems to be step ahead.

Disclaimer │ The information provided on this Update does not, and is not intended to, constitute legal advice. All information, content, and materials available are for general informational purposes only.  This Update may not constitute the most up-to-date legal or other information and you are advised to seek updated advice.